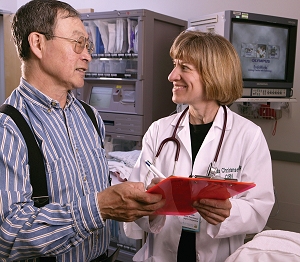 Death records show that American Indian and Alaska Native (AI/AN) death rates for both men and women combined were nearly 50 percent greater than rates among non-Hispanic whites during 1999-2009. The new findings were announced through a series of CDC reports released online today by the American Journal of Public Health.

Correct reporting of AI/AN death rates has been a persistent challenge for public health experts. Previous studies showed that nearly 30 percent of AI/AN persons who identify themselves as AI/AN when living are classified as another race at the time of death.

"Accurate classification of race and ethnicity is extremely important to addressing the public health challenges in our nation," said Ursula Bauer, Ph.D., M.P.H., director of CDC's National Center for Chronic Disease Prevention and Health Promotion. "We must use this new information to implement interventions and create changes that will reduce and eliminate the persistent inequalities in health status and health care among American Indians and Alaska Natives."

CDC's Division of Cancer Prevention and Control led the project and collaborated with CDC's National Center for Health Statistics and other CDC researchers, the Indian Health Service, partners from tribal groups, universities, and state health departments.

"The new detailed examination of death records offers the most accurate and current information available on deaths among the American Indian and Alaska Native populations," said David Espey, M.D., acting director of CDC's Division of Cancer Prevention and Control. "Now, we can better characterize and track the health status of these populations - a critical step to address health disparities."

The authors reviewed trends from 1990 through 2009, and compared death rates between AI/AN people and non-Hispanic whites by geographic regions for a more recent time period (1999-2009).

The report concludes that patterns of mortality are strongly influenced by the high incidence of diabetes, smoking prevalence, problem drinking, and health-harming social determinants. Many of the observed excess deaths can be addressed through evidence-based public health interventions.

"The Indian Health Service is grateful for this important research and encouraged about its potential to help guide efforts to improve health and wellness among American Indians and Alaska Natives," said Yvette Roubideaux, M.D., M.P.H, acting IHS director. "Having more accurate data along with our understanding of the contributing social factors can lead to more aggressive public health interventions that we know can make a difference."

For more information, the articles from the report will be in the AJPH "First Look" early online section at 4:00 pm EST today. Visit: http://ajph.aphapublications.org/toc/ajph/0/0

For information on CDC's efforts in cancer prevention and control, visit http://www.cdc.gov/cancer/.