The Indian Health Service has awarded $2.4 million to nine Tribal Epidemiology Centers to support American Indian and Alaska Native communities in reducing new HIV infections and relevant co-morbidities, specifically hepatitis C and sexually transmitted infections. The awards were made as part of IHS’s implementation of Ending the HIV Epidemic: A Plan for America Exit Disclaimer: You Are Leaving www.ihs.gov  throughout Indian Country. 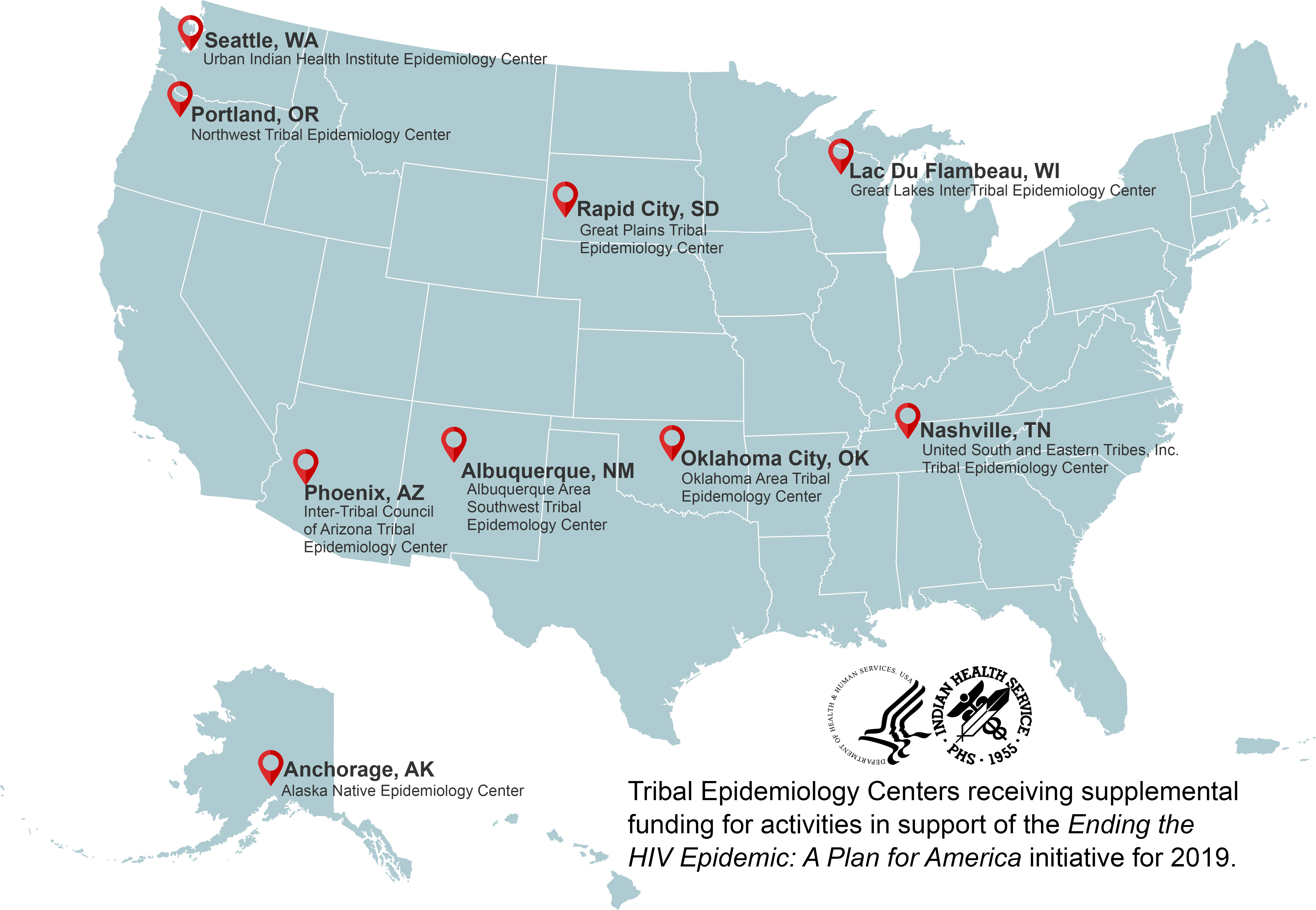 The Tribal Epidemiology Centers will participate in regional- and national-level coordination, provide technical assistance and disease surveillance support to communities, and support the development of community plans to end the HIV epidemic throughout Indian Country.

“While efforts to end the HIV epidemic in Indian Country are not new, what is new is a coordinated, focused, national initiative – Ending the HIV Epidemic: A Plan For America,” said IHS Principal Deputy Director Rear Adm. Michael D. Weahkee. “Tribal Epidemiology Centers will build capacity in specific regions that will help increase the level of HIV treatment and prevention efforts across Indian Country.”

The Tribal Epidemiology Centers will address the four strategies of the Ending the HIV Epidemic initiative:


(1) Diagnose—The Tribal Epidemiology Centers will analyze and report the burden of HIV and other relevant comorbidities such as other sexually transmitted infections and hepatitis C in tribal and urban Indian communities;

(2) Treat—The Tribal Epidemiology Centers will support American Indian and Alaska Native communities in identifying and treating people who are not in care, including those with a recent diagnosis of HIV, hepatitis C, or sexually transmitted infections and those who have fallen out of care.

(4) Respond—The Tribal Epidemiology Centers will provide support to communities to respond to people newly diagnosed with HIV as well as to identify people who were never linked to care or those who have fallen out of care.

American Indian and Alaska Native communities experience higher rates of HIV, hepatitis C, and sexually transmitted infections. Confronting these intersecting epidemics requires collaboration across sectors and disciplines and the enhancement and use of existing public health and clinical infrastructures.

As articulated by the president during his February 2019 State of the Union address, the initiative offers an unprecedented opportunity to end the HIV epidemic in America by 2030. This initiative provides access to powerful and effective HIV prevention and treatment tools and new technology that allows us to pinpoint where infections are spreading more rapidly. By effectively providing at-risk communities—including tribal and urban Indian communities—with these tools, we can end the HIV epidemic in America.