The Indian Health Service, through the HIV/AIDS Program Exit Disclaimer: You Are Leaving www.ihs.gov , is addressing the problem of HIV/AIDS by supporting and expanding HIV prevention, testing, and treatment activities throughout Indian Country, with IHS, Tribal, and Urban (I/T/U) partners.

To find out more about HIV and where to go to get tested, visit your local clinic or hivtest.org

While any day can be the day to get tested, June 27 is National HIV Testing Day. For more information visit the campaign page at HIV.gov.Exit Disclaimer: You Are Leaving www.ihs.gov

The "Native. Tested. Proud." campaign includes downloadable promotional materials that you may use for your own HIV testing campaigns. Included are a logo, insert cards to be inserted into "snag bags'" and posters aimed at teens and adults, and radio ads, below.

The Indian Health Service National HIV/AIDS Program created a campaign and materials to promote routine HIV Testing for American Indians and Alaska Natives (AI/AN). The campaign was developed in 2008 by AI/AN and Native Hawaiian partners and community members, who sought to develop a Native-specific media campaign promoting routine HIV testing. 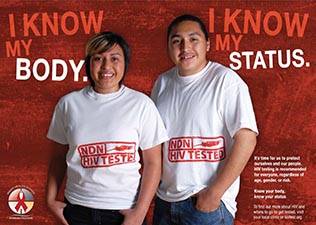 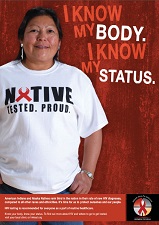 From the CDC, two campaigns, "Let's Stop AIDS Together" and "HIV Treatment Works," both part of their larger "Act Against AIDS" campaign, raise awareness about HIV and its impact on the lives of all Americans, including American Indians and Alaska Natives. Three posters and videos tell the stories of AI/ANs living with HIV: 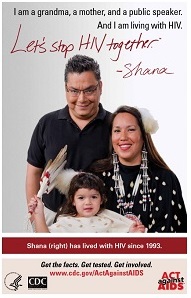 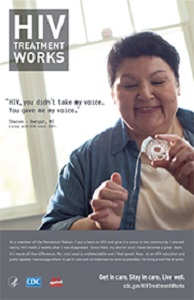 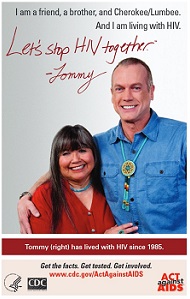 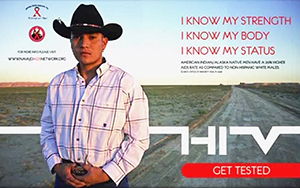 I Know My Strength 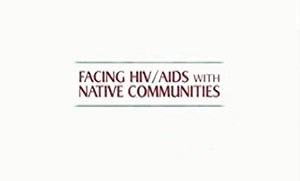 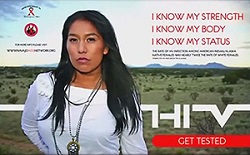 TAGLINE: Know your body. Know your status. To find out more about
HIV and where to go to get tested, visit your local clinic or log on to
hivtest.org. Exit Disclaimer: You Are Leaving www.ihs.gov