Last week, I met with the Tribes in the Billings Area (Montana/Wyoming). This was the second of twelve IHS Areas I plan to visit to consult with Tribes on our consultation process and to hear their regional and local concerns. I heard their recommendations on more funding, improving the Purchased/Referred Care (PRC) program, their challenges due to remoteness, the significant amount of funding they must spend on transportation of patients, and their frustration with a lack of customer service by some of our staff. They appreciated the opportunity to discuss their issues and concerns in person in their Area. Here’s a picture from the meeting:

I met with Mary Wakefield PhD RN, Administrator of the Health Resources and Services Administration (HRSA), and Geoffrey Roth, Executive Director of the National Council of Urban Indian Health and discussed issues common to us regarding healthcare for urban American Indians and Alaska Natives. We had a very productive meeting and see several areas where we can work together to improve the quality of and access to care for AIANs in urban areas. Here’s a picture from our meeting: 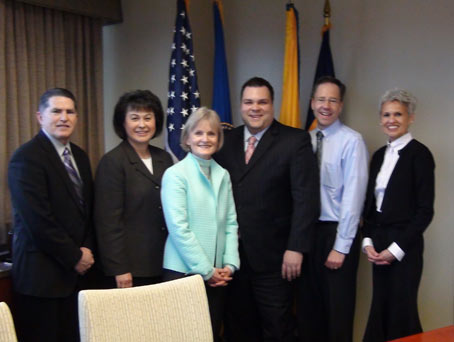 Tribal leadership has recommended that we make sure that our priority to “renew and strengthen our partnership with tribes” occurs at the Area and the local levels throughout the IHS system. I committed to visiting every IHS Area during the next 3-4 months to conduct a consultation session with Tribal leaders. I started these visits with a consultation session in the Tucson Area on 1/26/10. We discussed some of the common and unique issues impacting the local tribes. Here’s a picture from that visit with representatives from the Tohono O’odham Nation and the Pascua Yaqui Tribe: 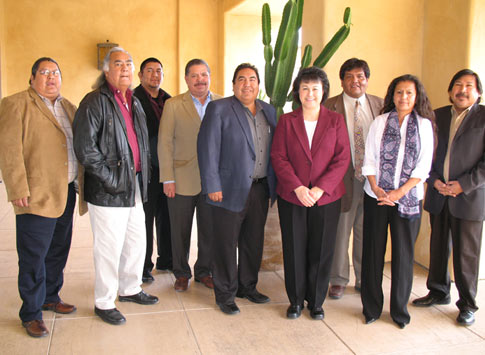 IHS Headquarters is finally back to work after the blizzard of 2010 in the Washington, D.C., area. Here in Rockville, MD, we got around 30-40 inches of snow during the past week. The federal government was closed for a record of 4.5 days. Fortunately, our staff members were willing to help maintain continuity of our operations while stranded by the snow, and Blackberrys/laptops/home computers came in very handy – as long as the power was on. During the week I was able to meet in person with tribal leaders at the FY 2012 National Budget Work Session; by phone with the United South and Eastern Tribes, Inc., during their "2010 Impact Week"; and with the Northwest Portland Indian Health Board during their Quarterly Board Meeting - all three meetings were in Arlington, VA.

Thanks to everyone for your patience and understanding during our recent weather challenges. Here's a picture of the snow at IHS Headquarters today: 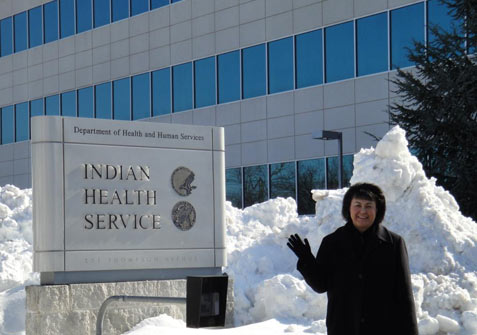 We are grateful for the President’s proposed 2011 budget for the Indian Health Service. This budget request continues the funding priorities expressed by Tribal leadership during the past year, and continues President Obama’s commitment to honor the treaty obligations of the U.S. This proposed budget will improve the health status of American Indians and Alaska Natives through expanded programs. Finally, this budget, which contains the largest percent annual budget increase compared to other HHS agencies, also reflects HHS Secretary Kathleen Sebelius’s priority of improving the IHS. Here’s a picture taken during the HHS 2011 Budget Rollout on February 1 in Washington, D.C.: 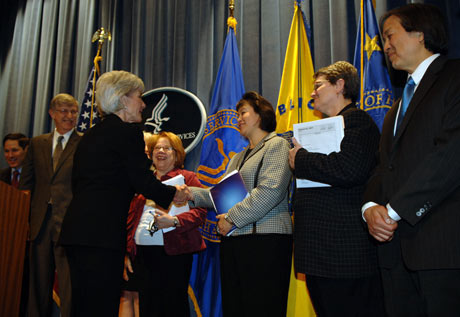 A letter dated 1/15/10 was sent by me to all tribes announcing a request for additional input on how to improve IHS's Tribal consultation process. This letter requested tribal review of the recommendations of a workgroup of two elected officials from each IHS Area that met on 12/8/10 and 1/5-6/2010. Here’s a picture of the workgroup members who attended the 12/8/09 meeting: 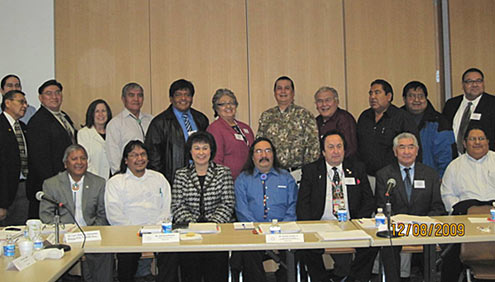 IHS Director meets with the National Indian Health Board

I met with the National Indian Health Board at their quarterly meeting in Atlanta, GA, on 1/29/10. I provided an update on our priorities and answered questions about the current consultations on the tribal consultation process and the Contract Health Services program, as well as information about my upcoming visits to all IHS Areas. 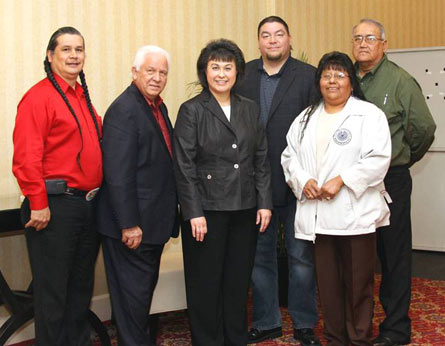 I spent about 5 hours with the Tribal Self Governance Advisory Committee at their quarterly meeting on January 20, 2010. We discussed matters of importance to tribes that have assumed the management of their healthcare programs under P.L. 93-638, the Indian Self-Determination and Educational Assistance Act. Some of the issues discussed included health insurance reform, IHS reform, funding issues such as Purchased/Referred Care (PRC) and contract support costs, tribal consultation, and expanding self-governance in other HHS programs (Title VI). Here’s a picture of the workgroup members at the meeting: 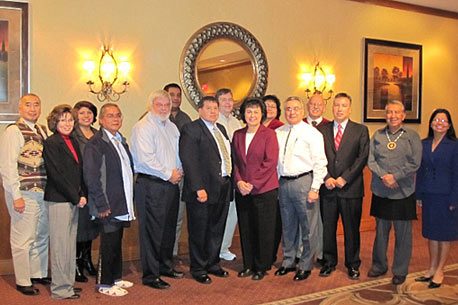