Miracles do happen! The importance of childhood vaccines

Haemophilus influenzae disease Exit Disclaimer: You Are Leaving www.ihs.gov  is a name for any illness caused by bacteria called H. influenzae. Some of these illnesses, like ear infections, are mild while others, like bloodstream infections, are very serious. Despite its name, H. influenzae do not cause the flu. Haemophilus influenzae type b, or Hib, is the leading cause of invasive bacterial disease among children in the United States, and vaccines can prevent one type of Hib disease.

Roll back time to the 1980s, just before a breakthrough in vaccine technology. Every single medical student, nursing student and microbiologist learned two things that struck fear into your heart: bacterial meningitis and epiglottitis.

Bacterial meningitis – infection of the meninges, spinal fluid and brain – killed or neurologically devastated babies if it was not detected and treated quickly. Babies presented with fever, irritability and bulging of the soft spot of their head. We had antibiotics to kill the bacteria, but the key was quick diagnosis and rapid treatment. Because Hib meningitis was so severe and was most common in babies under one year of age, we lived in fear of missing a case.

Hib meningitis was also 8 to 15 times more common in the southwest Native American population than in any other ethnic or geographic group in the U.S. Exit Disclaimer: You Are Leaving www.ihs.gov  When I started as a general pediatrician at what is now the Tuba City Regional Health Care Corporation, we saw an average of two cases of Hib meningitis every month. I once diagnosed three kids with this devastating infection in just one day.

Epiglottitis, which is the infection of the epiglottis – the opening to the wind-pipe or trachea – was also caused by Hib. When this opening swells with infection, it can cause total airway obstruction. Toddlers present with fever, drooling and stridor, the sound of a dangerously narrowed airway. This is a true medical emergency. Treatment required a delicate balance of inserting a breathing tube without causing more swelling of the airway. At the same time, you tried not to upset the toddler too much because if they cried or became agitated, that could also make their airway swell and close off. This all had to be done quickly because a matter of minutes could mean the difference between curing the infection or irreversible brain damage from lack of oxygen, or worse.

Hib caused other problems like pneumonia and infections of the joints or around the eye. All of these were on our radar screen, every single day. To make matters worse, it turns out Hib was in our upper respiratory tracts just waiting to infect a susceptible child or elder!

After the success of vaccines for polio, measles, mumps and rubella, Hib was a priority disease to target for vaccine development. The first Hib vaccine used a polysaccharide, basically a unique sugar molecule, from the outer membrane of the bacterium, but it didn’t work well in kids under 2 years of age.

Conjugate vaccine technology was then developed. By attaching the unique Hib polysaccharide to something the immune system responds to already, like a protein found in the tetanus vaccine, the immune system produces a much greater response. This technology is now used for pneumococcal vaccines and even some new COVID-19 vaccines that are still being tested. The breakthrough in creating conjugate vaccines revolutionized vaccine science.

I was fortunate enough to be here when Dr. Mathuram Santosham, a dedicated researcher and advocate for Native American health issues, started the Johns Hopkins University Center for American Indian and Alaska Native Health and came to the Navajo and the White Mountain Apache with new Hib conjugate vaccines for trials in infants. These vaccine trials resulted in two Hib conjugate vaccines being licensed. Today, one of these vaccines is recommended Exit Disclaimer: You Are Leaving www.ihs.gov specifically for Native children Exit Disclaimer: You Are Leaving www.ihs.gov  because it provides earlier protection after the first dose.

Now the miracle part. Since the introduction of effective conjugate vaccines for Hib, rates of devastating disease caused by this bacterial infection have declined by over 90%! But we must remain vigilant because if we let our vaccination coverage decrease, these infections will return. 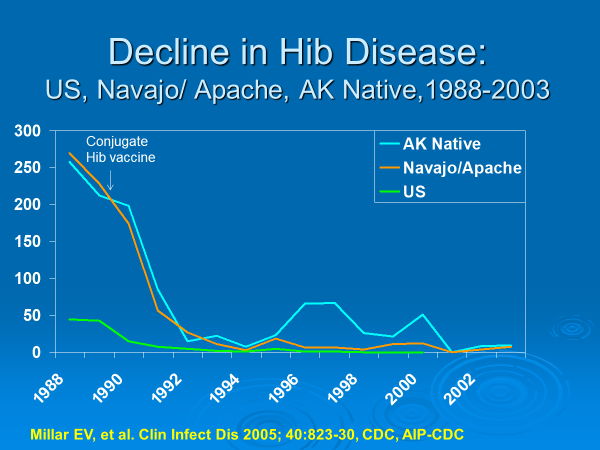 Most of the other 45 board certified pediatricians on Navajo, many of whom are younger, have never seen a case of Hib meningitis in their careers, not even in training. And none of them have ever seen bacterial epiglottitis. Now that’s a miracle!

This is how science changes lives before your very eyes. That’s why I believe in miracles and science. Stay safe and keep vaccinating!

This blog post is part of an ongoing effort to help increase routine immunization coverage for American Indian and Alaska Native pediatric and adolescent patients. A variety of resources are also available including recorded Information Technology office hour sessions and clinically focused webinars. 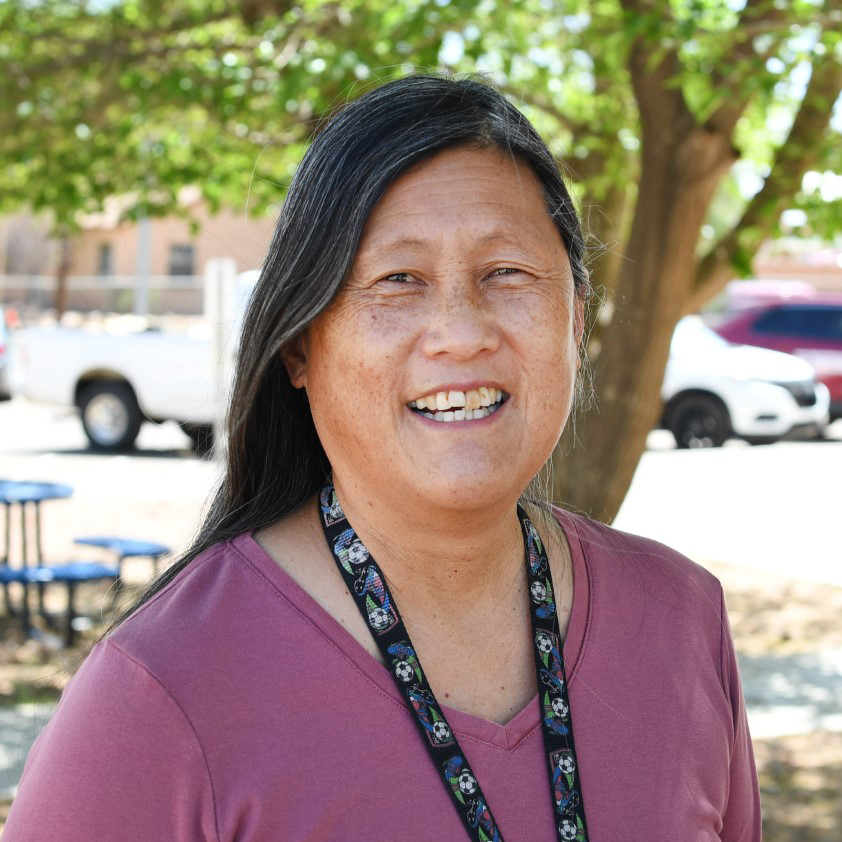 Diana Hu, MD, FAAP, is a pediatrician at the Tuba City Regional Healthcare Corporation in Arizona and the former IHS chief clinical consultant in pediatrics. She currently serves as the immunization coordinator and maternal child health consultant for the IHS Navajo Area. Since the COVID-19 pandemic began, she has served as a member of the Navajo Nation Epidemiology Response Team.